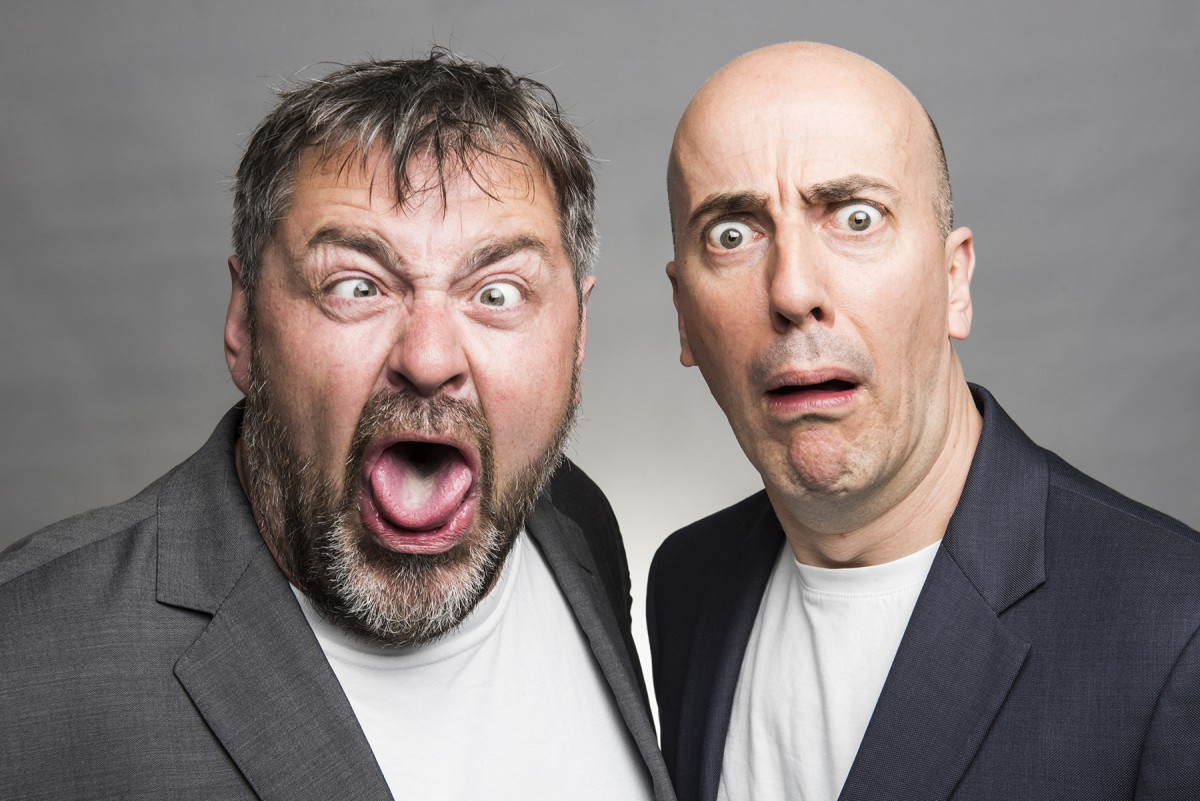 For 25 years the Nimmo Twins have been poking fun at Norfolk life – and Norfolk keeps laughing back.

Tonight’s show started late after a technical problem, but that didn’t dim the audience’s enthusiasm for Karl Minns and Owen Evans’ brand of normal for Norfolk humour.

The show reprised some familiar characters including She Go, Professor Newton Flotman, and Billy Boy Bollocks, whose routines will be pretty much unintelligible to anyone without a reasonable tenancy in the county. To understand the comic potential of Chris Goreham, Stewart White, and the Puppet Man you don’t just need to have been there, but to live here.

Luckily that is something the sell out crowd – and presumably those that have booked out almost the entire run – have done, with fans returning year on year to have their neighbours and surroundings pilloried.

The humour is mostly affectionate, but sometimes a little more pointed. And while not all the jokes are new – there’s more recycling going on here than in a Norfolk County Council rubbish dump – that doesn’t really matter. The crowd lapped it up anyway. Some were laughing so hard they may even have done themselves an injury.

Minns is a talented writer, shown through the many ad libs and especially when handling the delayed start, and Evans performs strongly, often acting as a straight man to Minns’ caricatures. Together they put on a great performance.

If you haven’t already got a ticket you may struggle to get one, but if your veins run with Norfolkian blood – and a slight antipathy towards Ipswich – it’s a struggle that will be worth it.