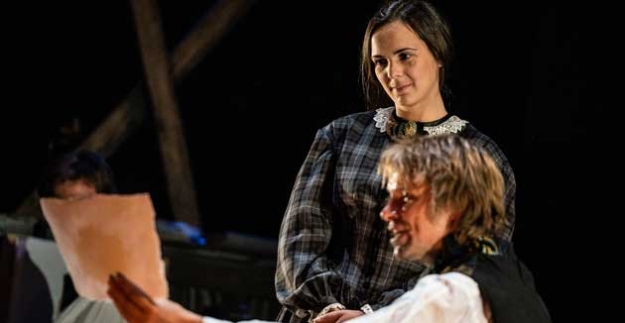 The set of this adaptation of Charlotte Brontë’s classic novel is dominated by the looming presence of the splintered rafters that are the endpoint of the tale’s twisting plot.

And in that, Victoria Spearing’s set design is a perfect metaphor for the whole production: a framework that, while professionally and considerately built, ultimately lacks guts.

There is nothing glaringly wrong with Kelsey Short’s portrayal of the titular hero, but yet it never quite grabs hold of you.

The same goes for Ben Warwick’s Rochester, and Camilla Simson, Eleanor Toms, and Oliver Hamilton in their multiple supporting roles. The compact cast aren’t given enough meat by Nick Lane’s adaptation to build much more than surface vignettes.

They are distracted, with the audience, by over fussy direction that prizes too-clever prop tricks, songs, and music over character acting.

This is a dense story and difficult to fit into a watchable length, making it all the more frustrating that the poetry is too often sacrificed for posey stagecraft.

Brontë’s declaration of love – “it is as if I had a string somewhere under my left ribs, tightly and inextricably knotted to a similar string situated in the corresponding quarter of your little frame” – is brutally paraphrased, but we have time for a jig.

There is talent here and many moments to enjoy, but there is too much artifice to elevate it to great art. 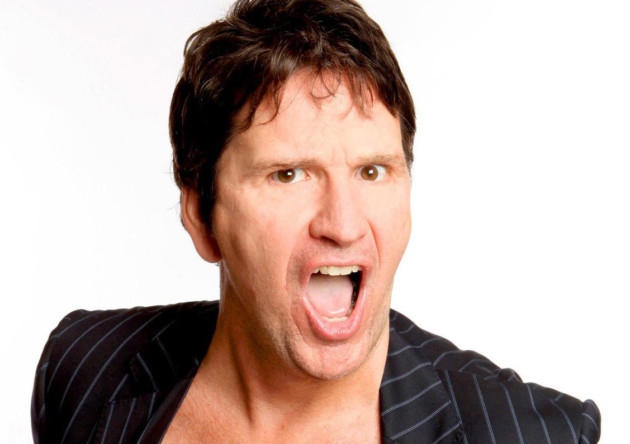