When three female office workers have had enough of their over-bearing, sexist, arrogant boss and spy an opportunity to turn the tables things get very strange, in this song and dance production of the 1980s film.

Adapted to tell the story through a host of Dolly Parton numbers, the action gets pretty surreal as the trio first fantasise about how to humiliate him, and then kidnap him and secretly take over their workplace.

John Chitty seems all too comfortable as the unreconstructed 70s bad boss, and Katie McGhee shines as the office snitch inexplicably besotted with him, especially during her solo piece.

The finest moments are probably during three pot-fuelled fantasies of how the women plan to reek their revenge, giving both the leads and the ensemble the chance to strut their stuff, with the smaller groups working better on the tight Playhouse stage.

Originally conceived as a feminist piece, it’s a mark of how far the world has moved on that its most awkward plot parts are the early depictions of chauvinism. Put those to the side and you have a fun and frothy tale, sung and danced with gusto, all backed by Rob Goodrich’s lively 12-piece band (slightly cruelly robbed of a curtain call by the their positioning backstage).

So if you need a smile after your own 9 to 5, a trip to see this Threshold Theatre Company production could well be the ticket. 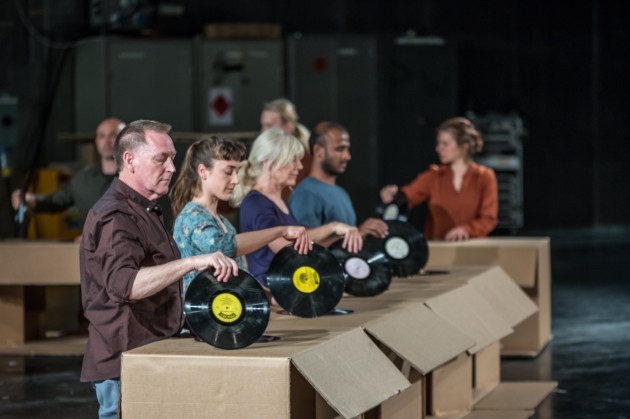