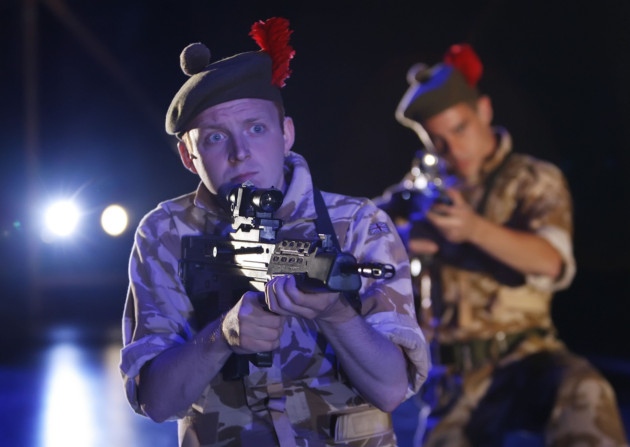 Soldiers emerge from a battered metal cage, courageous but terrified at what might befall them in the unpredictable surroundings of war-torn Iraq.

So runs the action in Black Watch, the opening gambit of this year’s Norfolk & Norwich Festival.

Performed on a specially constructed stage at the University of East Anglia’s Sportspark, Black Watch is a bold and punchy piece of contemporary theatre, based on the actual experiences of the eponymous Scottish regiment.

Central to the story is Cammy (Stuart Martin) who, on the verge of leaving the army is recruited by a writer (Robert Jack) to tell the story of his time in the Middle East, helped by his fellow soldiers.

Jumping — at times violently, often extremely cleverly thanks to Laura Hopkin’s stark but creative set — between the reminiscences in a Fife pub and Camp Dogwood, there is much comedy here with playwright Gregory Burke liberally sprinkling in expletives and bawdy humour.

There is the inevitable tragedy too, as the reality of life in an enemy country, punctuated by the thud of mortar fire, is unveiled.

John Tiffany’s direction offers more spectacle than substance: this is an artful and impactful piece of theatre, but there are no revelations.

A thread on the regiment’s history is spectacularly executed, but is oddly undramatic. A feast for the senses, if not the mind. 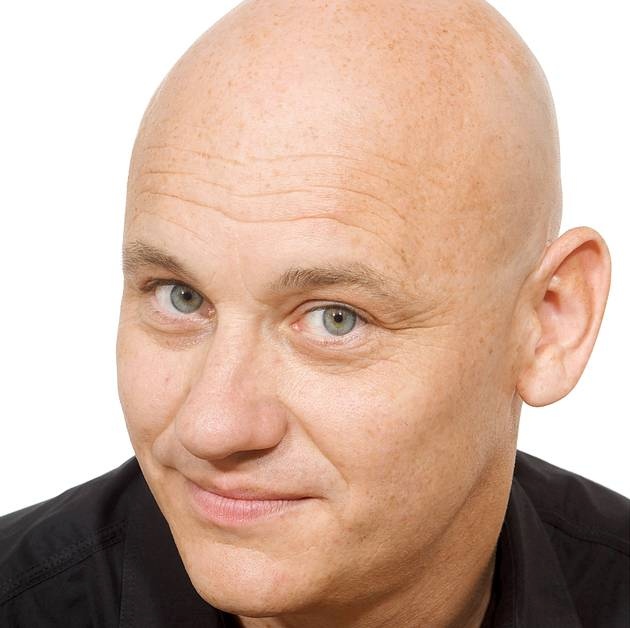